This is a diorama that includes a limerick about deer. Some years ago, I created eight pastoral poems, which are actually poems, limericks, songs, a mantra and even a prayer. Each is dedicated to one of the major livestock species in New Zealand. For each poem, I have created a diorama in 1/87 scale. These are real H-Zero Artworks. Here is the Deer Limerick for you to enjoy. There are about 1 million farmed deer in the country. New Zealand is the biggest deer farming country in the world. Venison is mostly exported to Germany, velvet to Asia. The story in this limerick is unfortunately based on the fact that every year hunters shoot each other accidentally when out deer hunting, generally fatally. I have published these pastoral poems, including the photos shown here, as a book “Pastoral Poems in HO” – ISBN 978-0-473-32310-3. 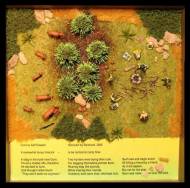 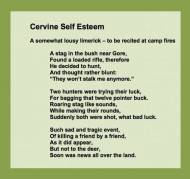