This is a diorama that includes a poem about pigs. Some years ago, I created eight pastoral poems, which are actually poems, limericks, songs, a mantra and even a prayer. Each is dedicated to one of the major livestock species in New Zealand. For each poem, I have created a diorama in 1/87 scale. These are real H-Zero Artworks. Here is the Piggy Poem for you to enjoy. The Mad Butcher is actually a butcher’s shop chain in New Zealand. There are about 500,000 farmed pigs in the country. I have also published these pastoral poems, including the photos shown here, as a book “Pastoral Poems in HO” – ISBN 978-0-473-32310-3. 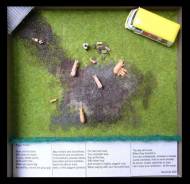 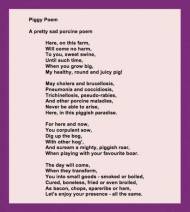